What is the Medial Collateral Ligament (MCL)?

Injuries to the medial side of the knee are most commonly isolated to these ligaments.

Medial knee injury is usually caused by a valgus knee force, a tibial external rotation force, or a combination thereof. This mechanism is often seen in sports that involve aggressive knee flexion like hockey, skiing football and rugby.

Patients often complain of pain and swelling over the medial aspect of the knee. They may also report giving way or instability with side-to-side movement and during sporting activities that involves twisting, turning or changing direction quickly.

It was stressed in the specialty literature that adequate diagnosis is imperative, and all possible injuries should be evaluated and addressed intraoperatively.

Complications during medial knee surgery such as damage to the saphenous nerve and its infrapatellar branch is possible, potentially causing numbness or pain over the medial knee and leg. As with all surgeries, there is a risk of bleeding, wound problems, deep vein thrombosis and infection that can complicate the outcome and rehabilitation process. The long-term complication of arthrofibrosis and heterotopic ossification (Pellegrini – Stieda Syndrome) are problems that are best addressed with early range of motion and following defined rehabilitation protocols.

Failure of the graft due to intrinsic mechanical forces should be prevented with preoperative alignment assessment (osteotomy treatment) and proper rehabilitation.

Conservative treatment of isolated medial knee injuries (grades I-III) begins with controlling swelling and protecting the knee. Swelling is managed well with rest, ice, elevation, and compression wraps. Protection can be performed using a hinged brace that stabilizes against varus and valgus stress but allows full flexion and extension. The brace should be worn for the first four to six weeks of rehabilitation, especially during physical exercise to prevent trauma to the healing ligament.

You can use a stationary bike exercise for active range of motion and the time and intensity should be increased as tolerated.

Side-to-side movements of the knee should be avoided. You are allowed to bear weight as tolerated and you should perform quadriceps strengthening exercises along with range of movement exercises.

On average, most athletes with a grade III medial knee injury should allow return-to-play time frame for undergoing a rehabilitation program for at least 5 to 7 weeks.

Underlying causes of chronic medial knee instability must be identified before surgical reconstruction is performed. More specifically, patients with valgus knees (knock-kneed) alignment must be evaluated and treated with an osteotomy(s) to establish balanced forces on knee ligaments, preventing premature failure of concurrent cruciate ligament reconstruction. These patients should be rehabilitated after the osteotomy heals before it can be verified that they do not still have functional limitations. Once proper alignment is achieved, reconstruction can be performed.

This will be discussed in detail with each patient along with the physiotherapy team. 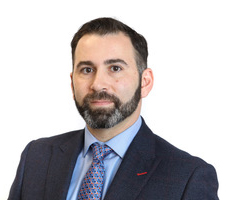